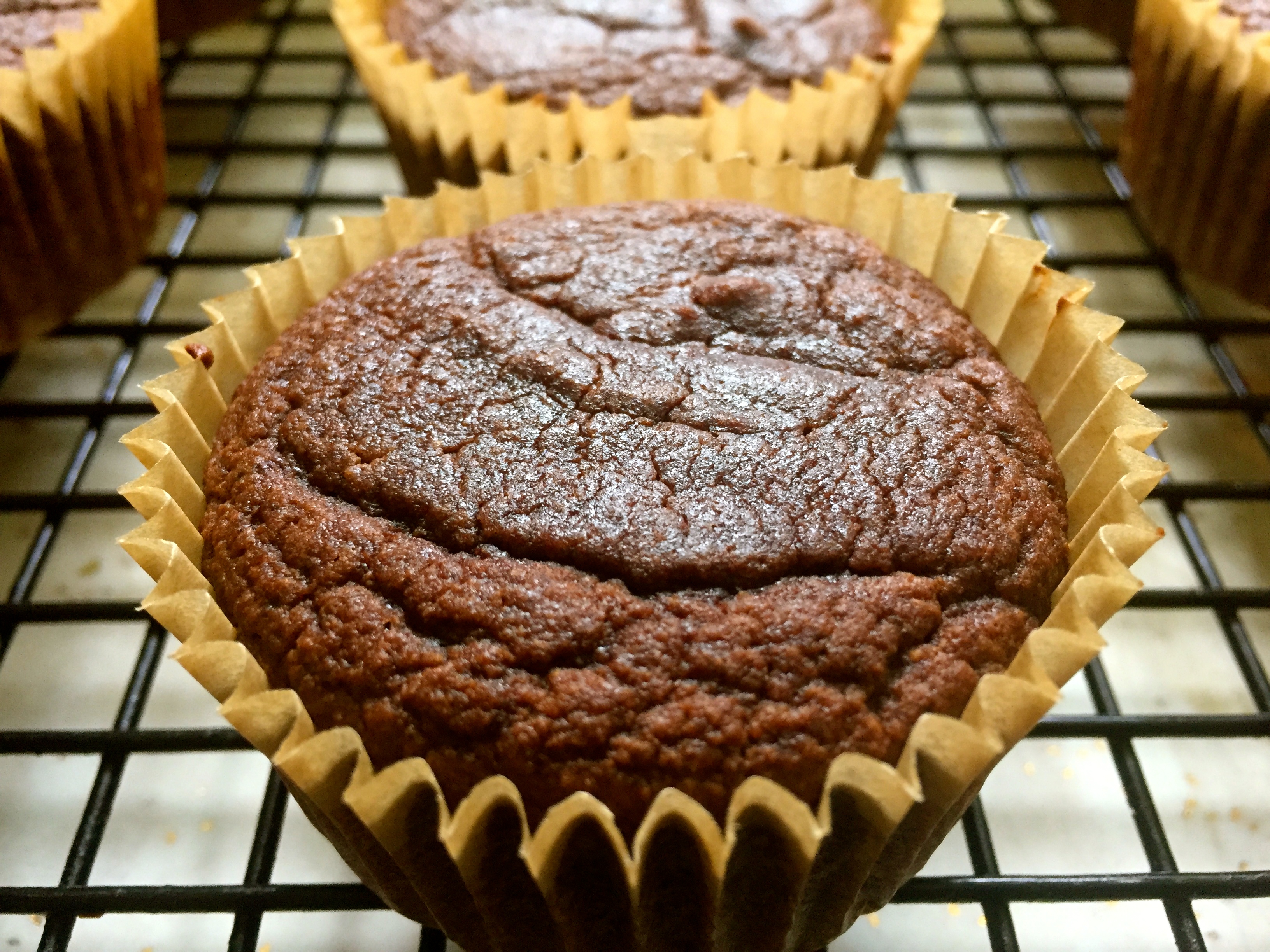 Let me start out by saying that I love to cook. It isn’t a chore for me; it’s actually more like therapy. The fact that I get to do it for a living still blows my mind, even after 8+ years as a personal chef. Sometimes I look up at the sky and ask myself how I got so lucky. I don’t know who I am asking, but looking up when asking a profound question about life seems to be the thing to do.

Anyway…last Thursday was weird. It was the day of the full moon, Prince died, my yoga instructor kept talking about poop, farts and boogers during class, and I attended my first Seder. Since the Seder was going to be potluck style, I offered to make macaroons, my favorite dessert, and decided later on to make a veggie dish as well. I have been told I am one of those people you want to invite to your party; I always overdo it. There was an incredibly long list of “oops” moments in the kitchen that day, and it was clear from the get-go that my time there wasn’t going to be easy.  Most of these moments had me shouting words that came out more like “#@+%!” than “oops”, if I am being totally honest. My kitchen was a disaster by the time I left the house. Finally, I arrived at the Seder, armed with two dishes and totally famished, and was asked to endure a much longer wait for dinner than I had anticipated. I guess I should have read up on the Seder ceremony beforehand. By the time dinner was served, I was ravenous. Seeing as how I am gluten-free, and don’t consume meat, the options were few. So, I loaded up on the veggie offerings, and served myself a large slice of my veggie dish, a spinach pie. One bite in, and I realized something was off. Even my intense hunger couldn’t keep my foodie radar from blaring red, blinking lights. Another bite revealed the information I was looking for: I had made a spinach pie–that was to feed at least 12 hungry Seder guests, mind you–with rancid sunflower seeds. Trying not to draw attention to myself, or my rancid pie, a long list of internal “#@+%!!!” took place. Needless to say, It wasn’t my favorite moment to be introduced as a chef. Thankfully, the macaroons were fantastic, and I decided not to tell my fellow diners about how I had spilled at least half the macaroon mixture onto my counter before baking, and then scooped it back into the bowl with a metal spatula.

All of that aside, cooking is still one of my favorite things to do, so I decided to spend Saturday afternoon redeeming my Thursday failures. My favorite experiment that day were these amazing Double-Chocolate Muffins. I borrowed the original recipe, but decided to exchange the chocolate chips for Honey Mama’s Dutch pieces, and I swear that was where the magic happened. WOW–the muffins were so moist and so incredibly yummy I almost couldn’t believe something that tasted that good came out of my banged up, uncalibrated, 80’s-era Caloric oven. One of my dearest friends (who also happens to be my neighbor) called just as I was pulling these delightful chunks of love from the oven, and came right over when I told her what was being offered. We both agreed that this was one of the best coconut flour-based, grain-free recipes we had ever tasted. They kinda saved my weekend. 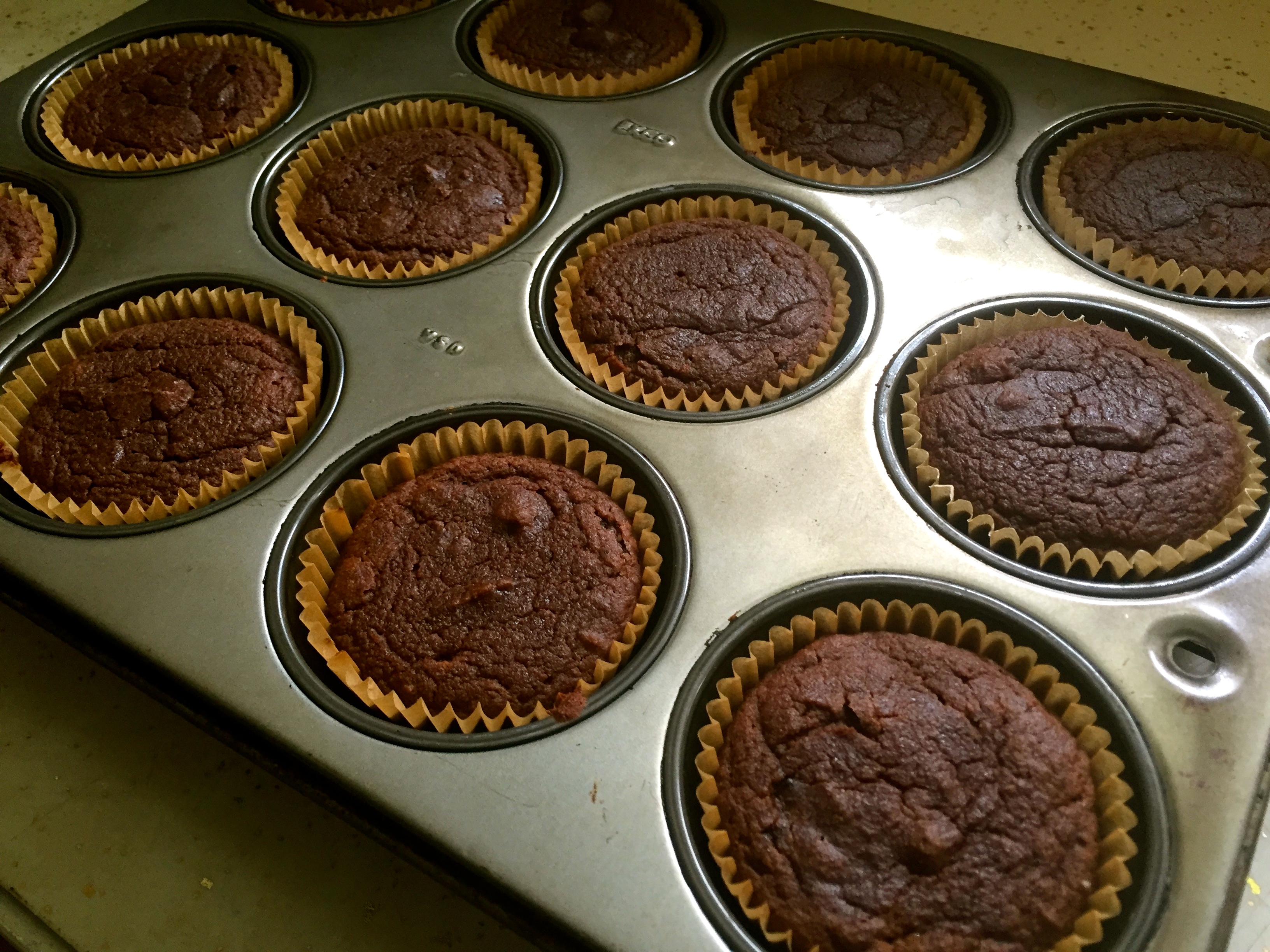 A few days from now I know my 14-year inner child is still going to be listening to Purple Rain ad nauseam while crying her eyeballs out. But, at least she will have the comfort of some seriously delicious chocolate muffins, a heart full of memories, a compost bucket full of rancid sunflower seeds…and a mouth full of “#@+%!” when nothing else will do. 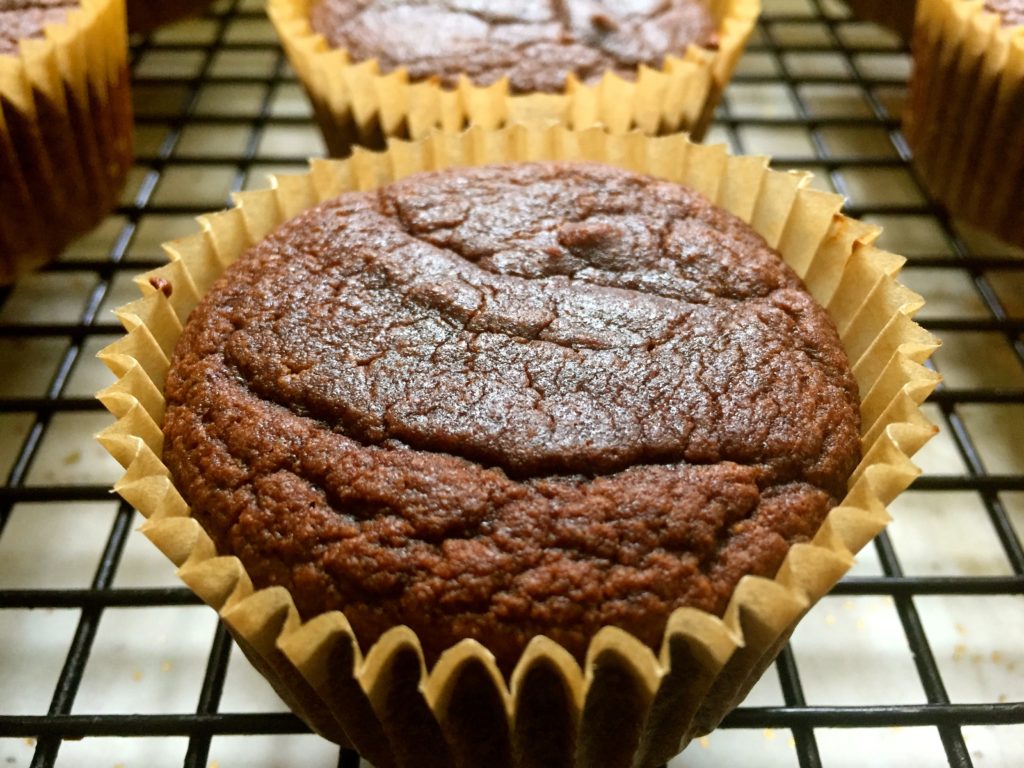