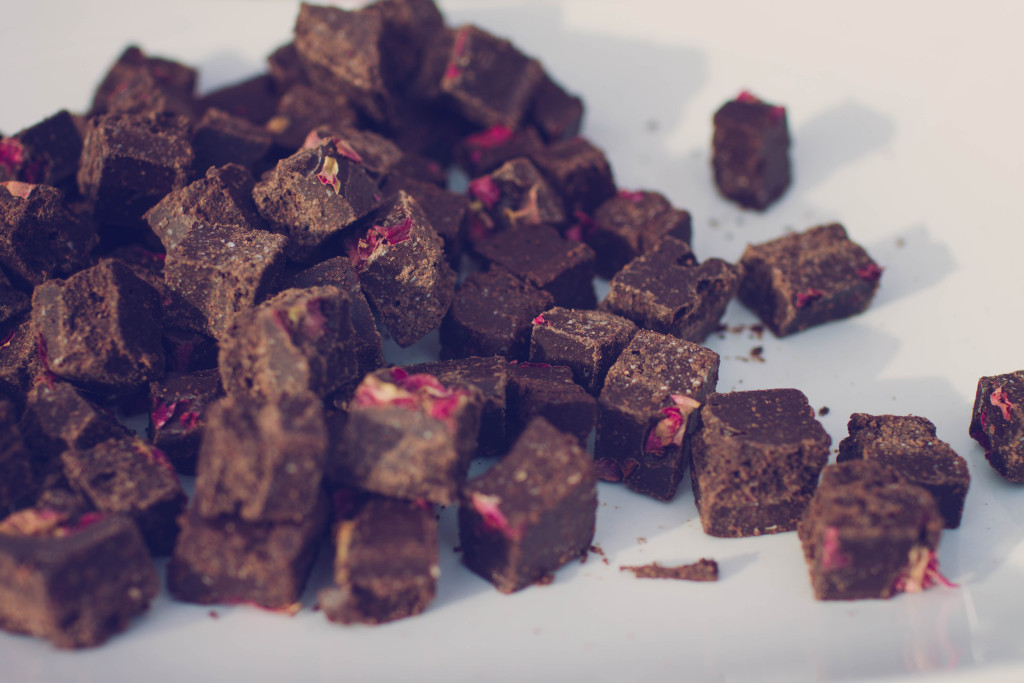 Back in March, Honey Mama’s had a sweet little table set up at the Nutritional Therapy Association (NTA) conference, and I was lucky enough to sample out some of our chocolate to attendees of the event. I met so many incredible people that day, and a subject that came up frequently in conversation was our use of Dutch-­process cocoa powder. It was mentioned so often, in fact, that I decided it just had to be the focus of the inaugural post for our new blog (a blog, A BLOG! Yahoo!).

Just a little back story…
In 2011, Christy Goldsby­­–the creator of Honey Mama’s–was looking to start a food and wellness business. Playing with ingredients that were already in her pantry, she landed on a recipe that would eventually become the bar you love today. She sampled out her experiment to family and friends, and knew she was on to something special. Since she was using ingredients she already had on hand, the cocoa powder she reached for was one of her favorites: Droste from Holland. She immediately fell in love with the flavor and texture of this first recipe, and called this bar “Sweet”. The original “Mint” bar soon followed, and because both bars were so well-­loved, she was wholly inspired to launch a business with these two as the platform.
When she started searching for a wholesale distributor for the Droste cocoa, she found several raw cacao powders that were available for wholesale purchase as well. She was immediately intrigued by all the options, and decided to bring some into her kitchen to try out. It wasn’t long before the “Raw” and “Spicy” bars came to be. By experimenting with the two very different types of powders, she was able to get a hold on what characteristics each brought to the bars. What she discovered was that she wasn’t always able to achieve the mouthfeel she wanted when using the powder in its raw form. While it worked splendidly for our Peruvian Raw aka “Raw” and Mayan Spice aka “Spicy” bars (which are both to­-die­-for delicious, by the way), other attempts left her longing for more flavor, a different texture, or a different overall level of satisfaction. Re-­enter Dutch-­process cocoa powder. Wow – what a substantial difference one ingredient can make! Since Dutch-­process cocoa is alkalized (a simple process that dates back to 1828), it’s flavor profile is less bitter than raw, or natural, cacao powder. It also dissolves more readily than natural cocoa, making it easier to amp up the cocoa content in a bar without increasing bitterness or lending a “chalky” texture to the end product. That is why our “Dutched” bars seem to have a richer flavor profile, and our raw bars often seem brighter, while packing less of a cocoa punch. And if you are worried about the lessened nutritional value of Dutched cocoa, let me set your fears to rest as alkalized cocoa powder still has boat loads of antioxidants, or flavanols. In fact, tests have shown that the alkali treatment (or “Dutching”, as it is more commonly called) does not drastically reduce the amount of flavanols. Since natural cacao powder has an extremely high antioxidant content to begin with, Dutched cocoa still retains enough antioxidants to be held in the top 10% of foods with detectable flavanols in the in the USDA database. That’s a lot of antioxidants! So many, in fact, that Dutch-­process cocoa powder ranks higher than other super foods such as acai berries, goji berries, blueberries, and green tea. What a powerhouse! 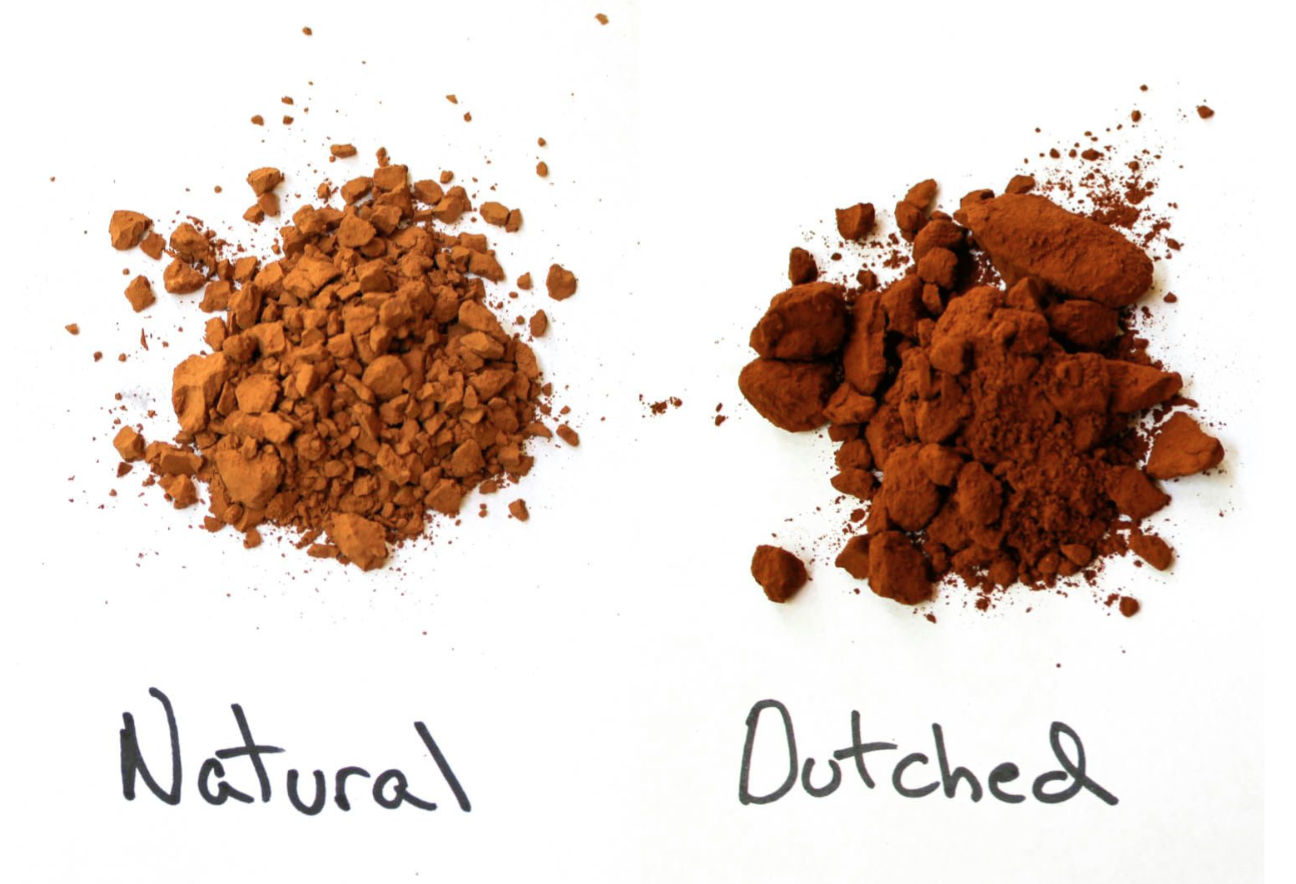 Since the brand of Dutch­-process cocoa powder used drastically influences both the flavor and the nutritional value of the end product, Christy searched for a wholesale distributor for her beloved Droste powder. When she came up empty handed time and time again, she started experimenting with different brands of cocoa. After she tried what felt like 1,000 other powders, she finally landed on Agostoni, which has a superior flavor that just can’t be beat (and if you are a fan of the “Sweet” bar, now simply called Dutch, you know what I mean). These days, Christy is committed to using only Agostoni cocoa powder in her bars, and when I read more about them, I totally understood why. You see, Agostoni is an Italian, family-­owned business that has been producing chocolate for over six decades. They are well­-versed in eco­-sustainable practices, and have earned many admirable international certifications as a result. These include organic certifications from the USDA , EU, and CFIA, as well as achieving BRC global standards and being certified Fair-Trade and non-GMO. In other words, they walk the walk and everyone here at Honey Mama’s thinks that is just dandy. If you want to read more about Agostoni, and why we all love them so, you can do that here. If you want to read more about the dutching process itself, click here.

In summary–yes–raw cacao powder is higher in overall flavanols, but the Dutch-process powder we use is a versatile, nutrient-­rich ingredient in its own right. It gives several of our bars their rich, dark flavor, as well as a silky, melt-in-your-mouth texture, while still providing an antioxidant-rich punch to your system. That’s one heck of a win­-win situation, if you ask me. 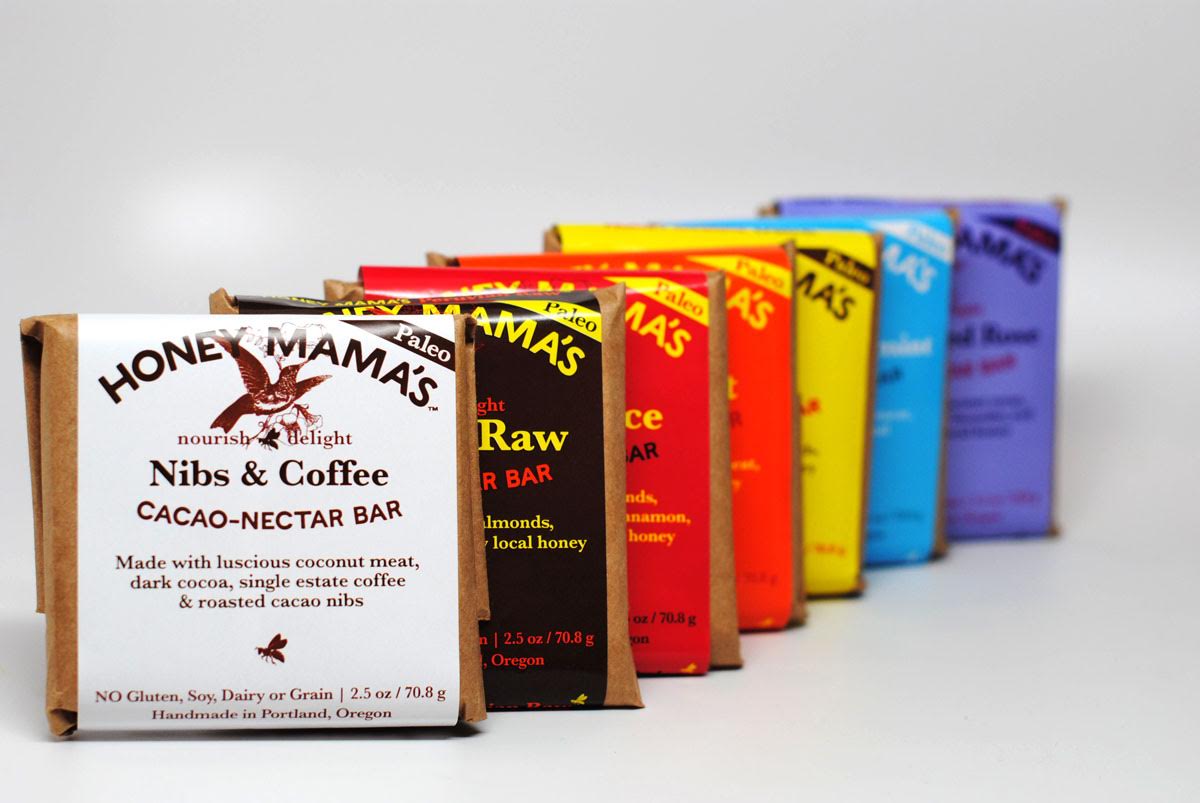