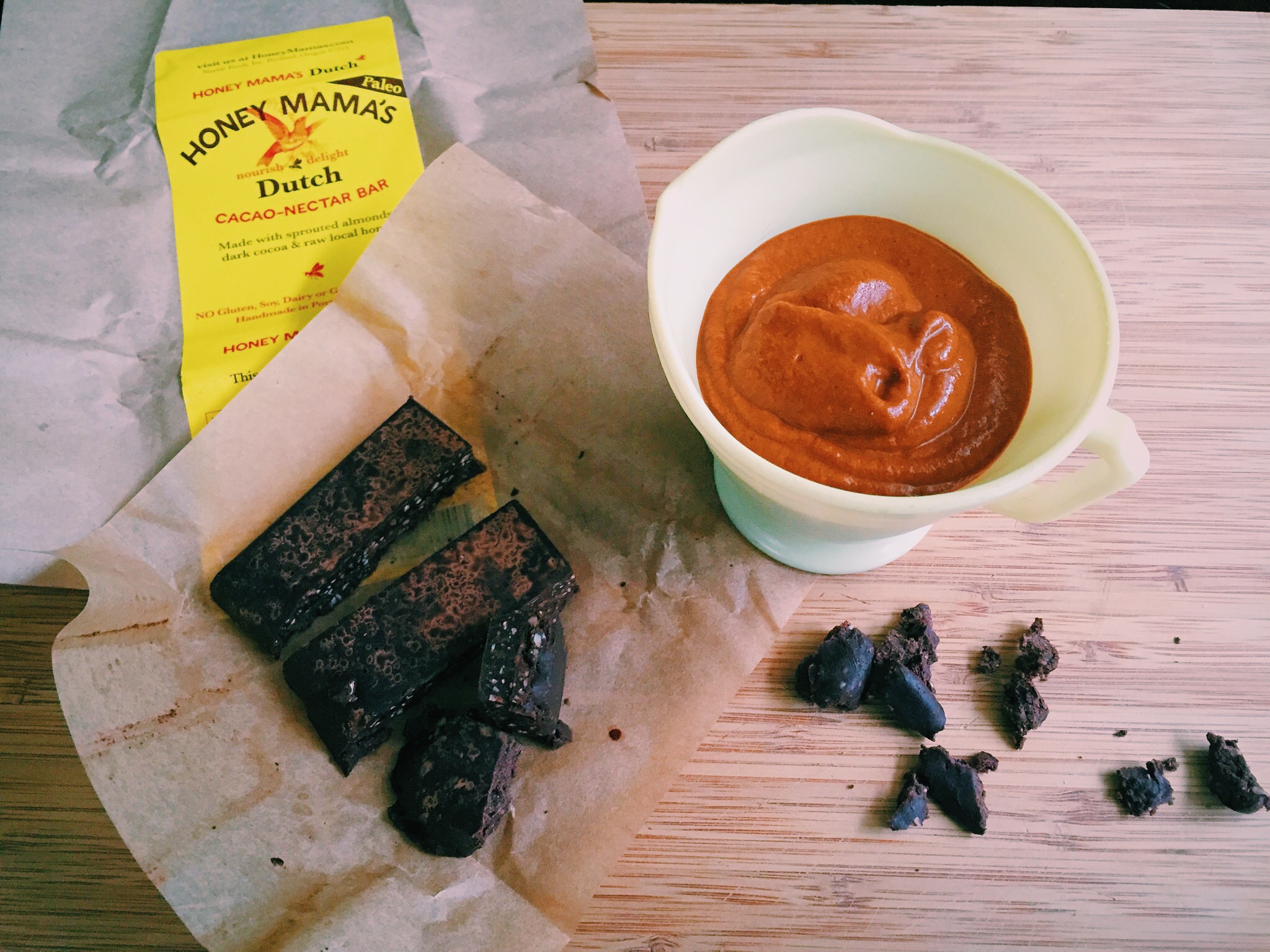 Even though the official start of summer has been upon us for less than a week, Portland has already hosted some record-breaking high temps this year. The better part of June has been super toasty, and my sunny, west-facing apartment has felt like an oven most days. It retains heat like a champ. There was one day this month when the thermometer in my living room read 90 degrees, my fat cat was lying belly-up mewing pitifully, and I was eating a bowl full of ice cubes because I felt like I was going to die (a bit dramatic, yes, but dang, ya’ll–it was HOT!). The only thing that kept me sane during this time was my sweet spot on the Sandy River, the short walk to Eb & Bean, and the awesome friends that let me seek refuge in their much cooler basements. 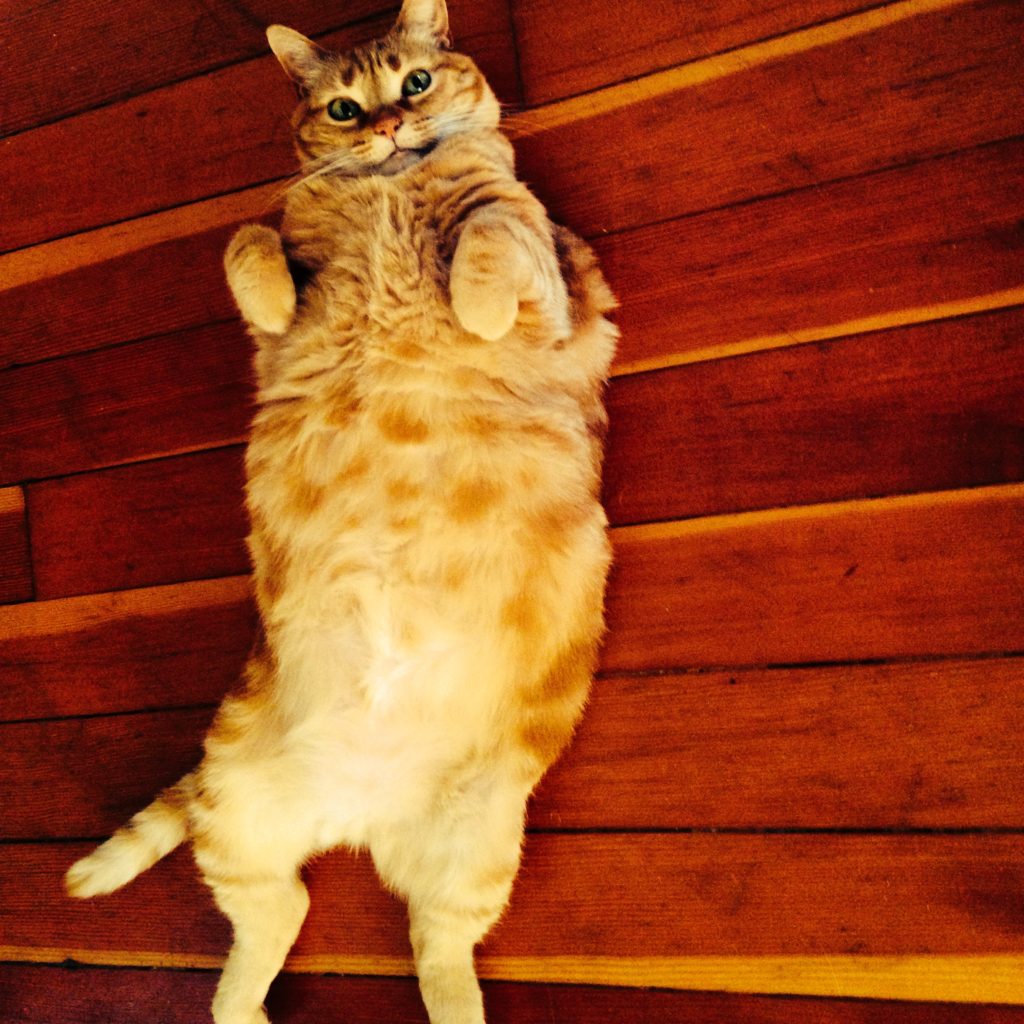 Fancy food is generally my favorite thing in the whole wide world, but lately I’ve been craving the simplicity of iced beverages, sorbet, watermelon, and heaps of green salads. Each time I look at my stove when it is this hot out I want to throw it out the window. Therefore, I have jotted down enough smoothie recipes to last a lifetime, and I finally used up all those frozen blueberries I picked last summer. Today was a bit cooler, though, so I decided to play with an idea that’s been bouncing around in my head for a month or so.

Yes, seriously. And, no, I’m not kidding. 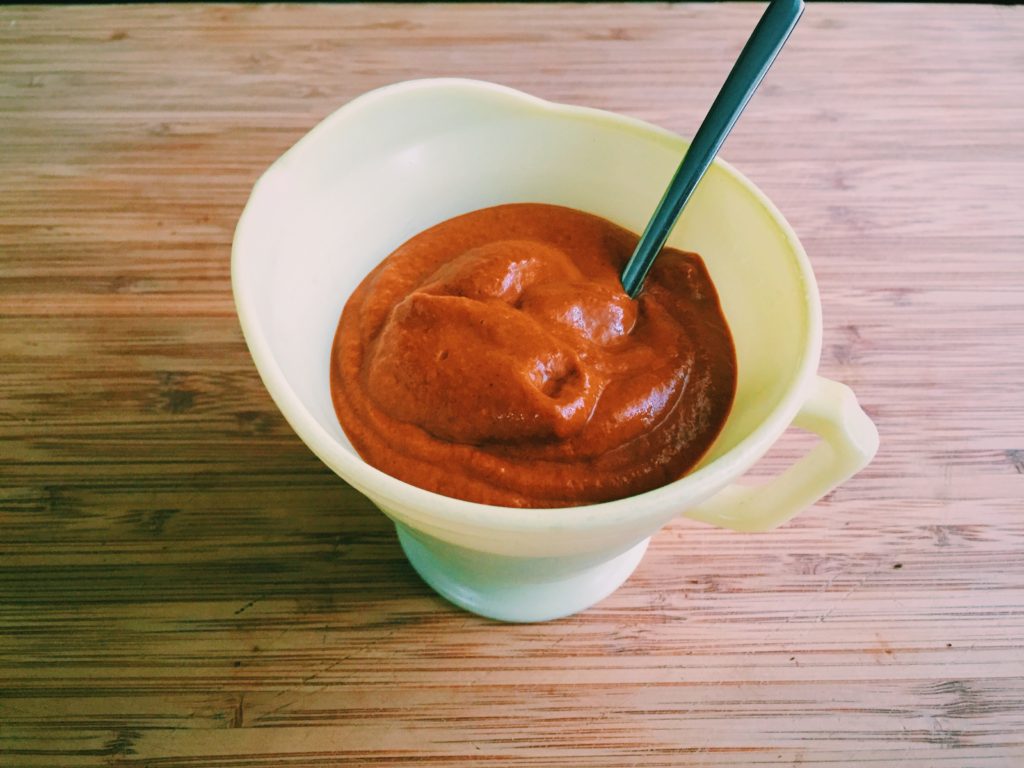 I can’t remember the last time I made BBQ sauce from scratch, which is something I probably shouldn’t admit, being from Alabama and all. Outdoor grilling is a religious experience where I’m from, and having a tasty homemade sauce recipe in your back pocket is almost more important than being well-versed in world history. Priorities. I’m fairly certain that if I popped  up at a family gathering with this sauce in hand, everyone would eat it and love it, but if I told them what was in it before they had a taste, they would probably look at me like I had two heads and was spewing noxious venom.

I would almost bet money that this sauce would be delicious on grilled chicken, as it made my charred cauliflower “steaks” taste like little slices of heaven. The chocolate flavor comes through just enough to give it a richness that ordinary sauce doesn’t have, but not so much that it tastes cloying or akin to dessert. If you are a fan of mole, I think you will be all over this recipe. And just in time for the 4th of July…

Bring on the fireworks. 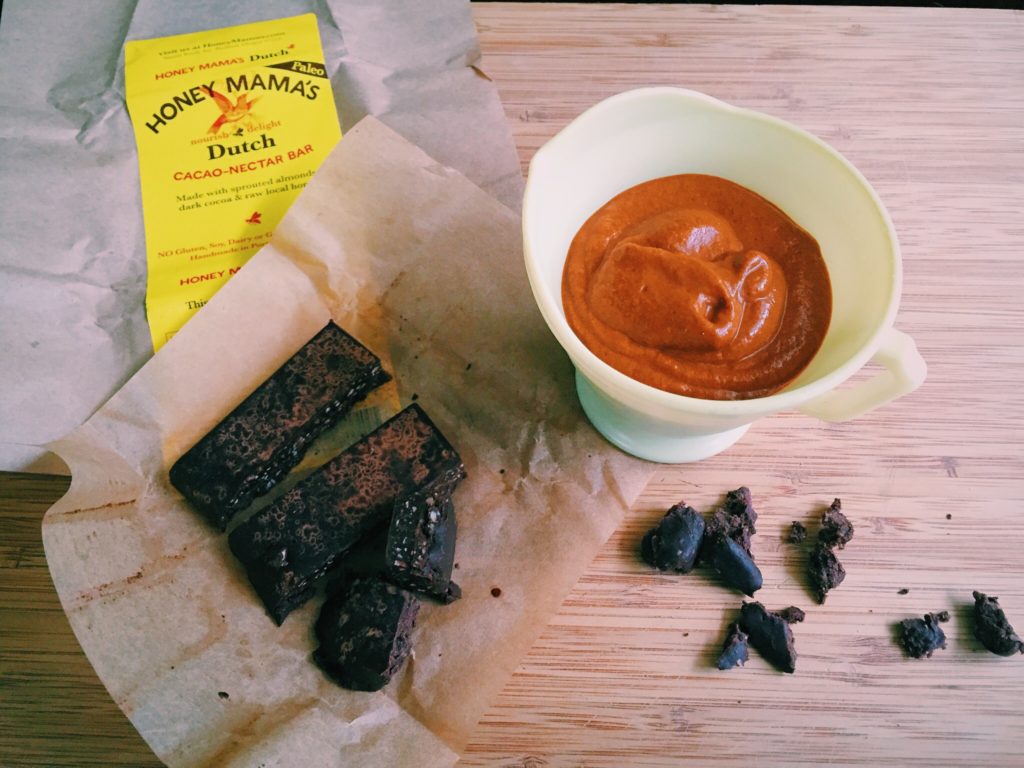 Heat a bit of olive oil in a saucepan over medium heat. Add onions, and cook until soft, 4-6 minutes. Add garlic, and cook for another 30 seconds. Stir in vinegar, tomatoes, chocolate, coffee, coconut sugar, and spices. Bring to a simmer and cook until slightly thickened, about 3-5 minutes, stirring occasionally. Remove from heat, and pour the mixture into a high-speed blender (I used a Vita-Mix), and blend until smooth.