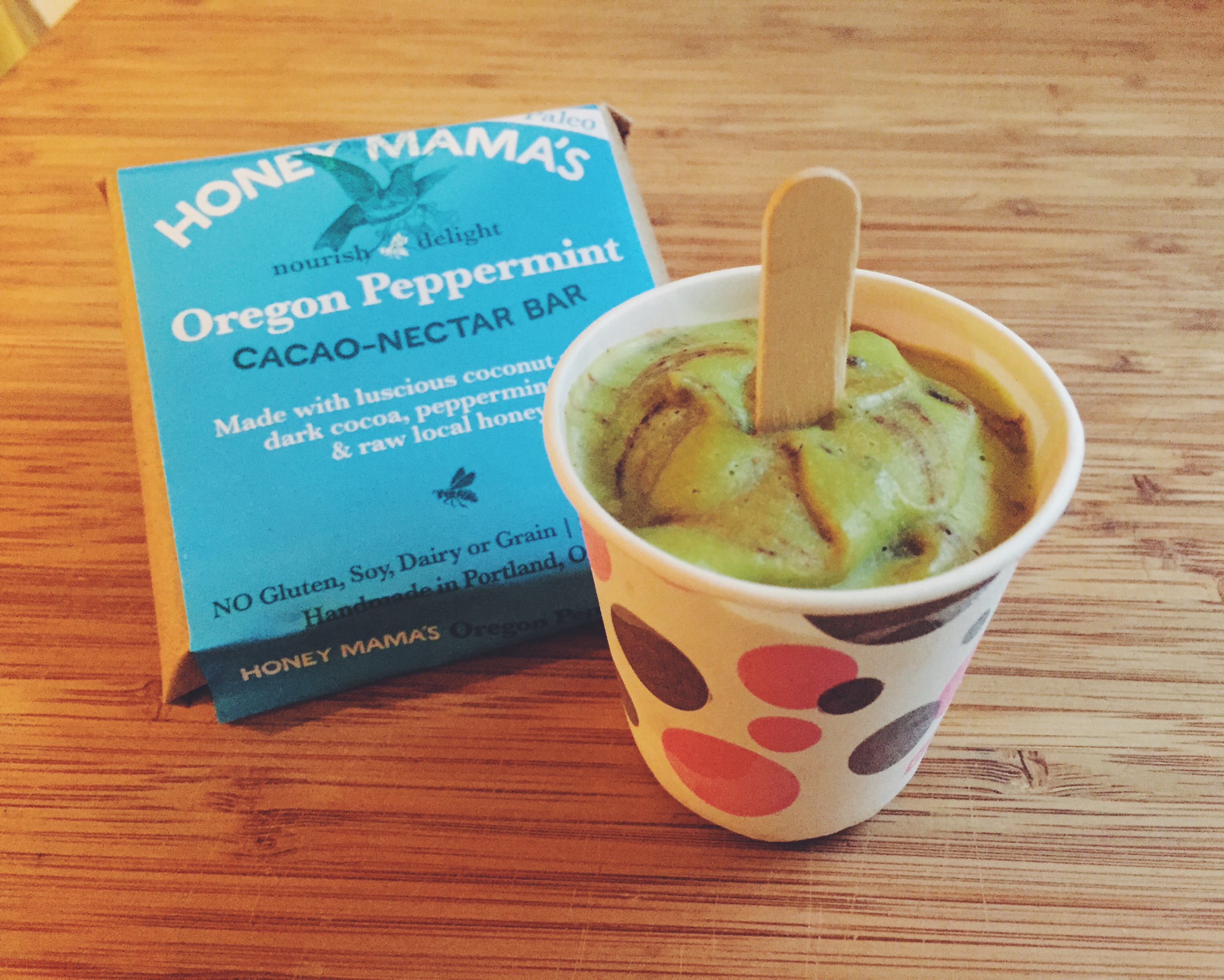 I’ve said it before, and I’ll say it again: this has been one hot summer. Fresh from a trip to Ashland for the Oregon Honey Festival last week, I settled back into my toasty Portland apartment.  Even with three fans running at full speed, I still had a steady stream of sweat dripping down the back of my legs. The ice water I was sipping quenched my thirst, but I knew I wanted something a bit more substantial; something yummy and creamy and frozen. I had been playing with an avocado “pop” recipe for a while, but my previous attempts had resulted in a product that tasted somewhat akin to sweetened guacamole. They weren’t bad, necessarily, but they definitely didn’t seem like a treat that would appeal to the masses. Determined to create something that would bring a wave of delight to even the most die-hard avocado hater, I went back into my 90 degree kitchen, scrapped my previous recipe notes, and started over from scratch. 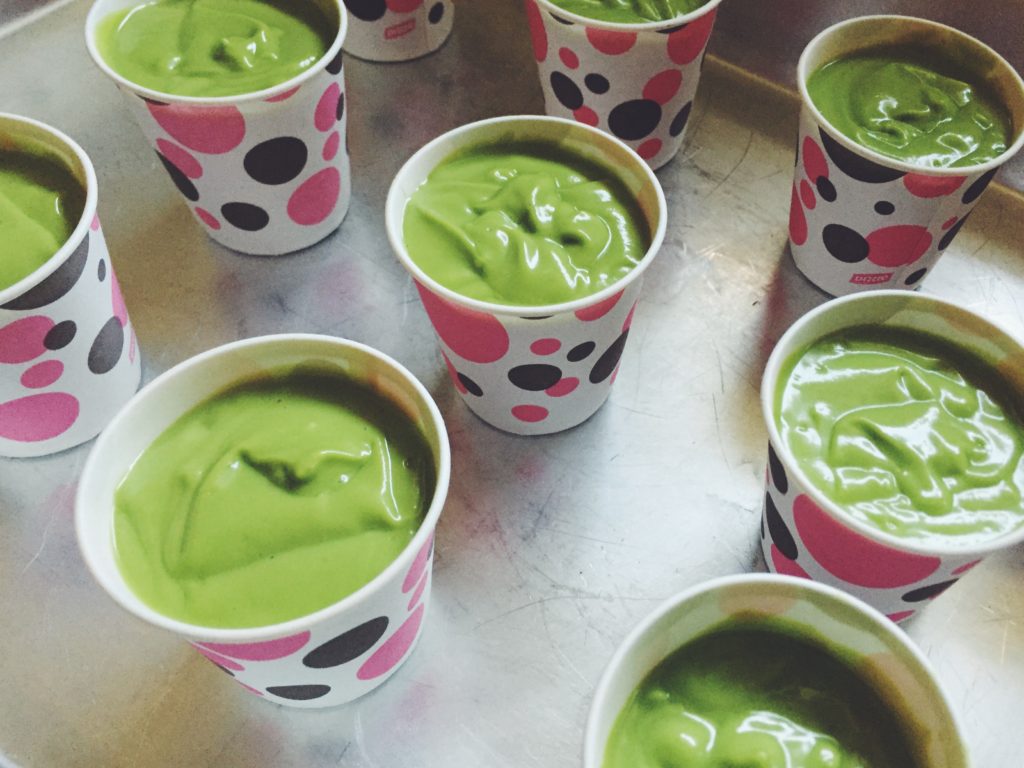 I tried a pop dipped in a chocolate-nut butter magic shell, which turned out to only be great in theory. I tried a pop in which I added fresh mint to the mixture, but the chewy flecks of mint just didn’t do it for me. My next attempt included steeping fresh mint in lightly heated coconut milk, but, unfortunately, I wasn’t a fan of this combo either. It somehow ended up tasting artificial, and I couldn’t stop thinking about the flavor of the milk of magnesia my grandmother made me drink as a bellyached kid. Needless to say, that batch went promptly into the compost bin. At this point it was getting fairly late, but I was determined (and very thankful I had purchased a large bag of avocados and a case of coconut milk the day before). I decided to give it one last go. I pureéd the ingredients until they resulted in a silky smooth mixture, then I chilled it for 30 minutes. Afterwards, I quickly stirred in a roughly chopped Honey Mama’s Oregon Peppermint Cacao-Nectar bar. I knew as soon as I poured the mixture into the little paper cups that I had found the magic ticket. One hour later, I was proven right. I tasted one pop, quickly followed by another. Ta da! I had a winner! It was the perfect ratio of milk, honey, and avocado, and it made for a pop that was undeniably creamy and decadent without tasting the least bit like health food. The subtle amount of cocoa from the bar paved the way for the peppermint to sing, and the lime juice and yogurt added the perfect amount of zest. Man – this one definitely took a while, but it was totally worth it. I have enjoyed one of these pops every day since, and they are still rocking my world. I’m pretty sure you’ll like ’em too. 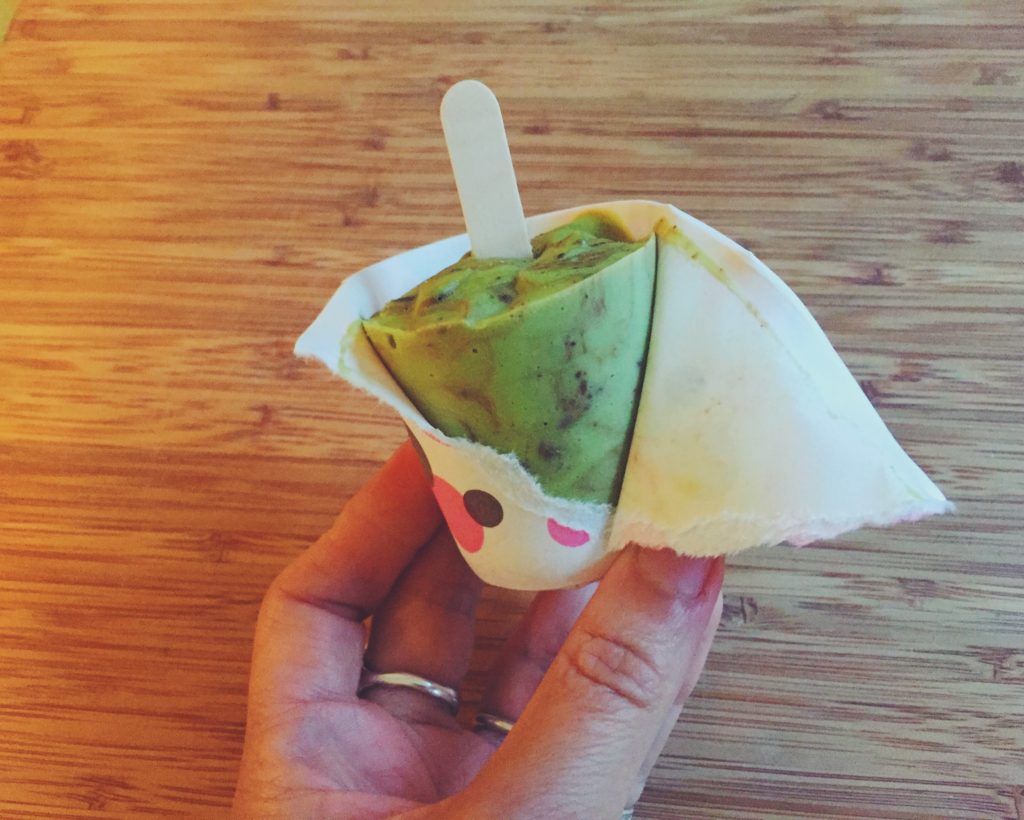 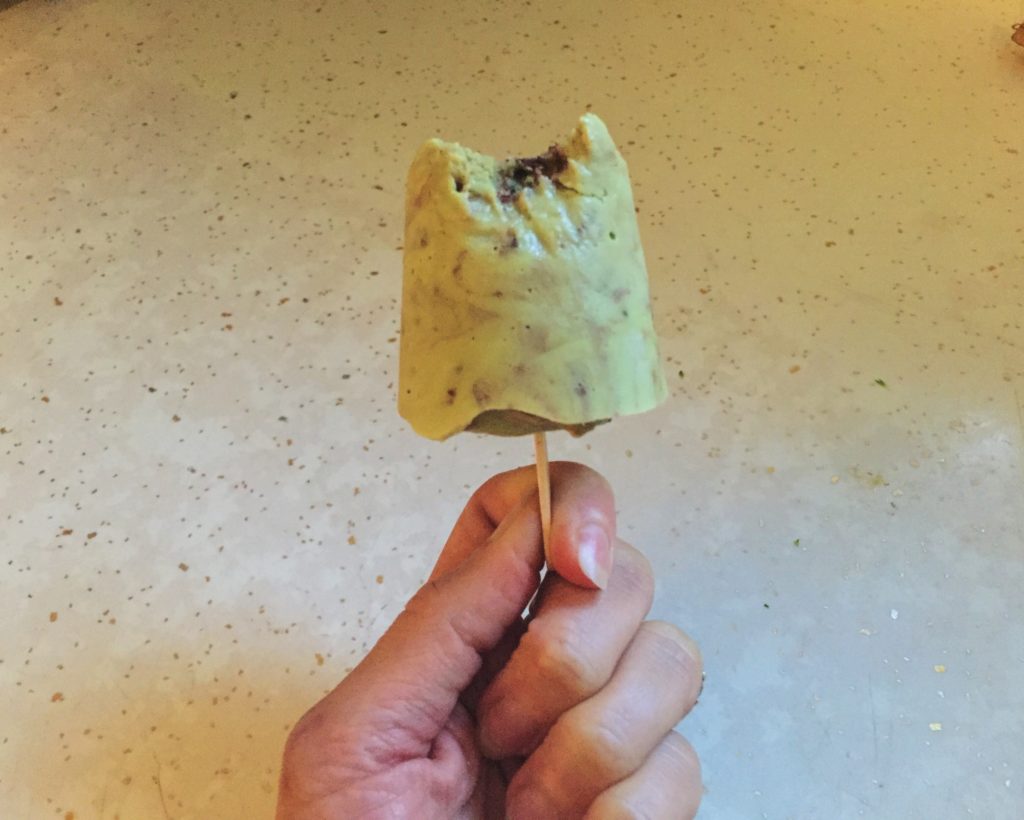 Place all ingredients except the Oregon Peppermint bar in a high-speed blender. Blend 30 seconds at high speed. Scrape down the sides, and blend another 15 seconds until completely smooth. It is important to do this quickly so that the avocado doesn’t oxidize and turn brown. Pour the mixture into a bowl, and place in the fridge to chill. Chop the cacao-nectar bar into rough chunks, and place the chopped chunks in the refrigerator as well. After about 30-45 minutes, remove the avocado mixture from the fridge, and stir in the peppermint chunks. Quickly pour into your popsicle molds. Freeze until completely set (mine took about an hour).

Your avocados should be very ripe, but I wouldn’t use any that have brown spots on the flesh. I suggest purchasing a couple of extra avocados just in case.

I think you could leave out the yogurt, but I really loved the extra tang it gave the final product, and I think it also added a little extra creaminess as well. Dairy or non-dairy yogurt will both work fine here, but feel free to leave it out.

Chop your cacao-nectar bar into small, rough chunks. You don’t want the pieces to be too large, but if they are too small they will make your pops look “muddy”. I cut mine about the same size as standard chocolate chips.

If you don’t have a popsicle mold, simply use 3-ounce paper cups and popsicle sticks like I did. The paper cup is easy to tear off, and can be composted as well. No waste!